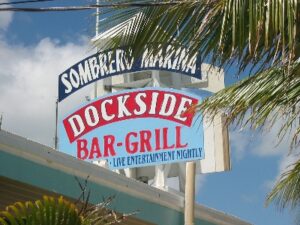 For The Visually Impaired

If you are having any problems navigating this site or content.

We will be happy to go over it with you.  Thank you

Welcome To Our Site

We are one of the Premier Fl Keys Marinas, located in beautiful Marathon Florida on Boot Key Harbor just down the road from Key Colony Beach. Boot Key Harbor is one of the best-protected harbors in all of the Florida Keys. There is a restaurant located on-site. The golf course across the street is open to the public. Publix, Kmart, and Winn-Dixie are just a few blocks away.
Slips will accommodate boats up to 85 ft
Our newly improved WI-FI system is up and running.
Electric is metered and there are onsite showers and a laundry.

Wi-Fi is available. “Newly updated wi-fi is now up and running"

Marathon Key boating recreation is some of the finest in the Sunshine State (and even the entire country). It’s where many residents and even far more visitors alike enjoy in some of the finest fishing, both around the shoreline and deep water. Plus, there’s other boating and water opportunities in and around Marathon Key or simply, Marathon.

Geographically, the Middle Keys stretch from the southern tip of Islamorada at the high-rise Channel 5 bridge – which has, in both directions, maybe the most beautiful and stunning views in the Keys – to Marathon’s improbable, spectacular Seven Mile Bridge connecting Marathon to the Lower Keys. Most of us have seen this famous 7-mile bridge in movies (True Lies) or television commercials. It neatly divides the Atlantic Ocean on the East from the Gulf of Mexico to the West, a mere thread of concrete across the 75-100 square miles of azure and green seas and “flats” and islands that your eyes encompass simultaneously.

As a practical matter, the Middle Keys basically refer to the “big” incorporated town and bustling commercial center of Marathon and the nearby expensive housing areas of Hawks Key (Duck Key), Key Colony Beach, and Long Key. The other islands in the Marathon region are Boot Key, Knight Key, Hog Key, Vaca Key, Stirrup Key, Crawl and Little Crawl Key, East and West Sister’s Island, Deer Key, and Fat Deer Key, Big Pine Key, and Grassy Key. Marathon’s metro area sits between mile markers 48 and 55 and has a non-tourist residential population of more than 13,000 (it feels bigger than that), with a median age of 44.

Marathon is centrally located 80 miles south of mainland Florida and more or less just 50 from Key Largo and 48 from Key West. Marathon is served by bus lines to Key West and the Mainland, and by the sleek Marathon airport offering connections to Miami and Ft Lauderdale and from there to anywhere in the world.

WHERE YOU LIVE IS HOW YOU LIVE.

Map Below Shows Our Location

Saturday 8 AM TO NOON